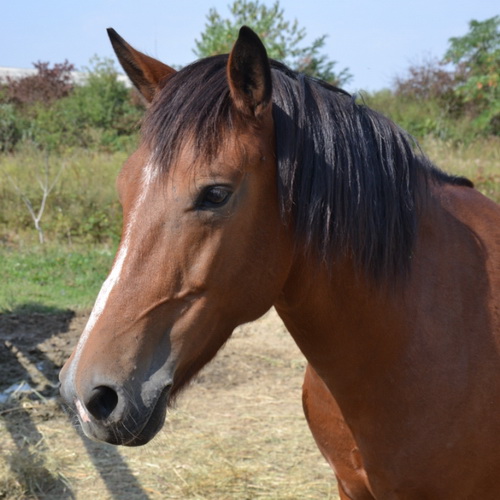 Selid – is a very clever horse, she can free herself from everywhere as if by magic. It is a serious problem and we have to watch her carefully. She can untie rope knots and has even unlocked the padlock when the key was left in it. She is beautiful and friendly and loves being with the other horses. 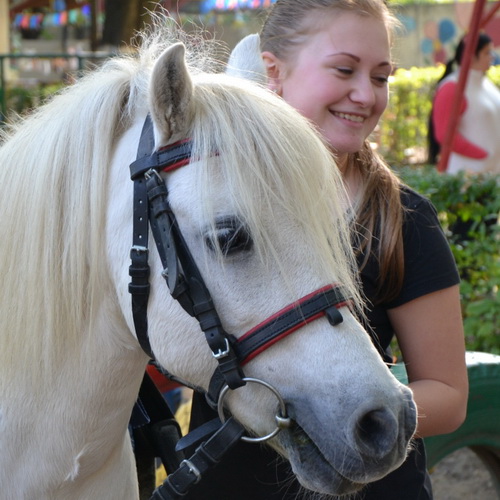 Mokány – is an 18 year old pony. He is a very patient member of our team. He is a horse that can jump fences. Anna, our daughter has jumped a huge barrier with him, so my teacher in Hungary decided to give her the horse as a present. Children love to ride him, he is gentle but can run very fast with his little legs. Children must have a good feeling of rhythm riding him. He is small and smart. 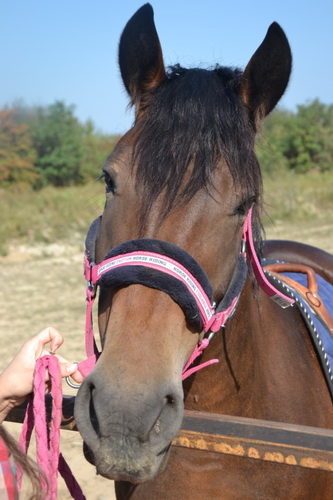 Lenke – I saw Lenke for the first time watching me as she was grazing at the side of the street, she had sorrow in her eyes. I did not think then that she would become one of our horses. When we first got her she was afraid of us and didn’t like being touched. It has taken a lot of work to gain her confidence. She is calm and very slow and is the oldest in our herd. These days Lenke comes to us herself and asks for some caresses. She enjoys it so much! 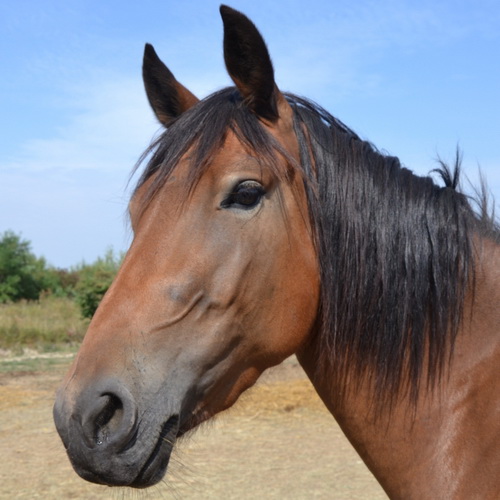 Szikra – is the youngest of our horses. She is very graceful with delicate motion and a comfortable canter. She has trained very well since being with us. She is a very curious and friendly horse. Sikra gave birth to a foal on our farm in March 2015, we named her Kira, the father is Bandi, a beautiful stallion, I think he conquered Sikra (Spark) with his long mane. 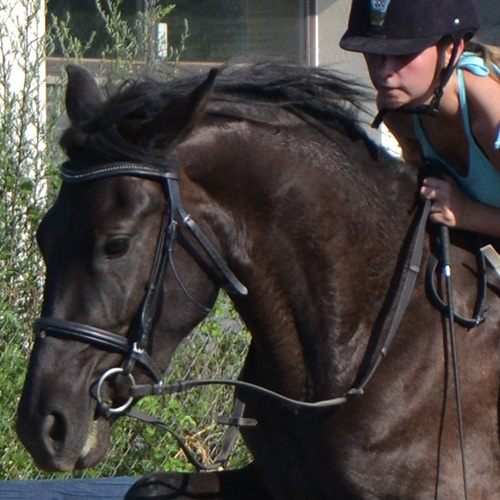 Kira –was a real fun maker. Always running here and there, she was very curious about everything. She is a real beauty with elegant movement. She is the youngest in the herd. She looks like a pretty woman, with her graceful movement. Her favorite exercises are jumping lessons, however she also likes to gallop and take part at races organized at our farm for the youth. 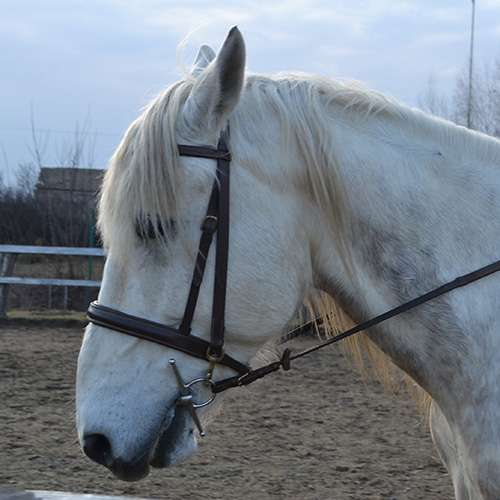 Harley was born on May 17, 2011 in Odessa. Original name is Грань (Para). His grandmother won several races in Russia. Our Orlov trotter arrived to us two years ago. Its external appearance and height are captivating. Harley attracts the eyes with his color. In 2018 he became the winner of KurucFest. Despite its large size, power, surefootedness, agility, and speed, the Harley can be considered a gentle giant, which is one of the many reasons why it is such a popular and unique breed.
The quiet temperament of Harley makes him a wonderful companion.